Still using the old interface for Google Tag Manager? Holding off on migrating to Version 2?

You’re definitely not alone, but you soon won’t have any other option but to migrate.

GTM Version 2 was released in October 2014 with the aim of making GTM easier and more intuitive to work with. New accounts could be created in V2 (a.k.a. the new interface), but existing accounts and containers continued to be displayed in the old interface.

As of March 30, opt-in migration to V2 has been available for all V1 accounts. But if you haven’t yet migrated or are still deciding when to make the switch to V2, Google will soon be making this decision for you.

Google has announced that as of June 1, 2015, all GTM accounts will be automatically migrated to the new interface and the old interface will no longer be available.

What does this mean for those still using the V1 interface? 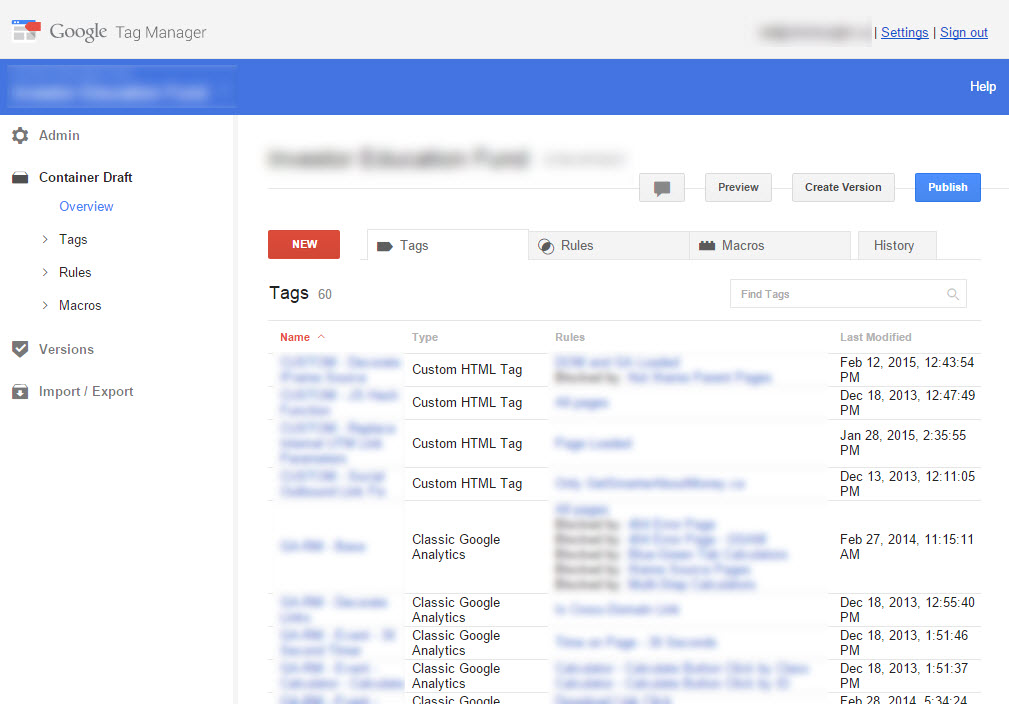 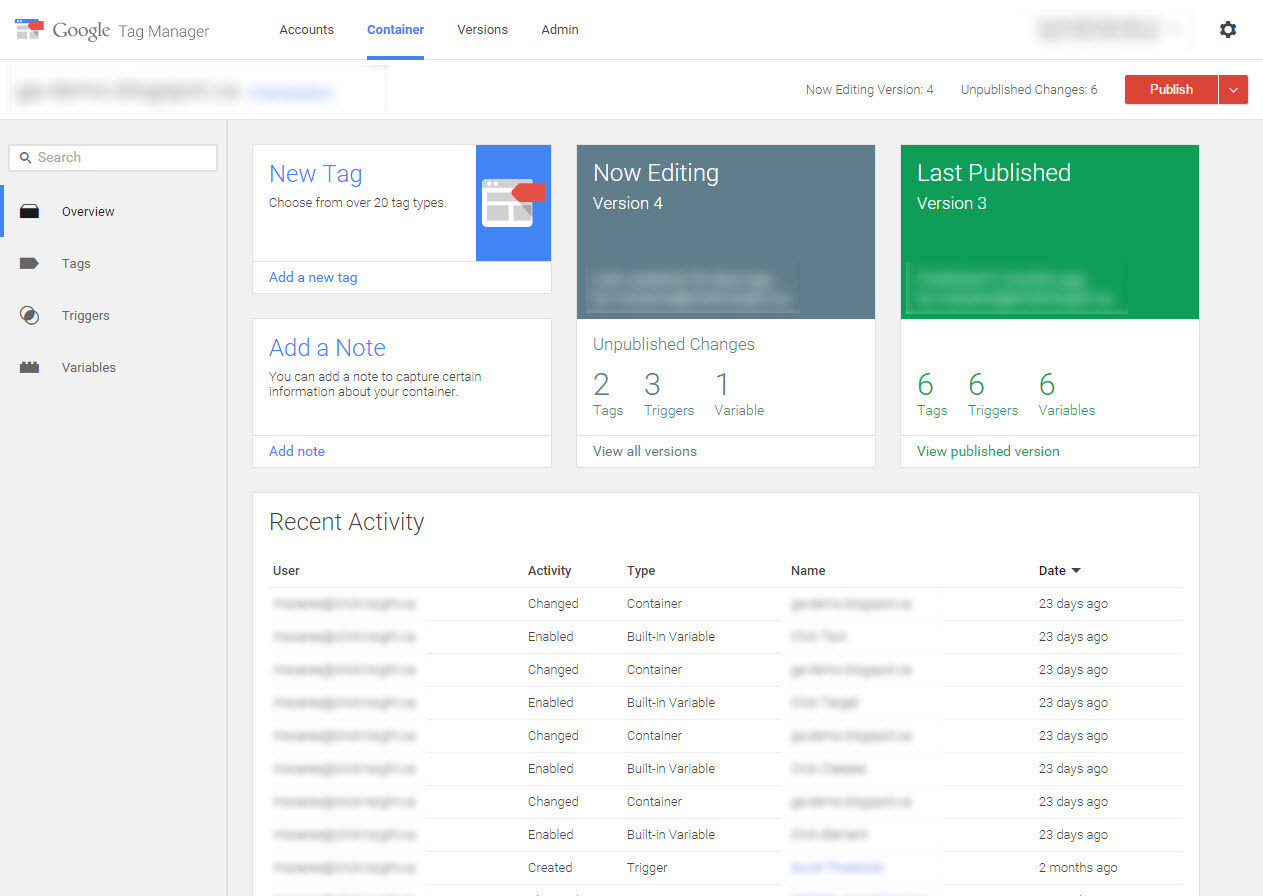 For existing GTM users, the new interface brings changes to terminology (e.g. Rules are now called Triggers, and Macros are now Variables) and improvements to functionality (e.g. Event Listeners). There are also major visual changes in the interface, including a GA-like Admin panel, a new dashboard-style Overview screen, and step-by-step configuration screens for tags, triggers, and variables (not to mention a lot more colour!).

It can be a little disorienting at first, especially if you have become accustomed to the V1 interface. But rest assured that your container setup will remain intact after migration, just with a more “modern” look-and-feel.

Regardless of which GTM version you are currently using (or if perhaps you are just looking to get started with GTM), training can help you make the most of your Tag Manager implementation.

With June 1 approaching quickly, ClickInsight’s Google Analytics & Google Tag Manager Course for Implementers on June 3-4 in Toronto will help you learn the new interface and take advantage of everything GTM has to offer. This course is for you if you are:

Spaces are still available, and better yet, Super Early Bird Pricing is still in effect until May 28.  If you register by then, you will save $100!

Hope to see you in attendance!