5 Things Digital Analysts Can Learn from the NHL

5 Things Digital Analysts Can Learn from the NHL 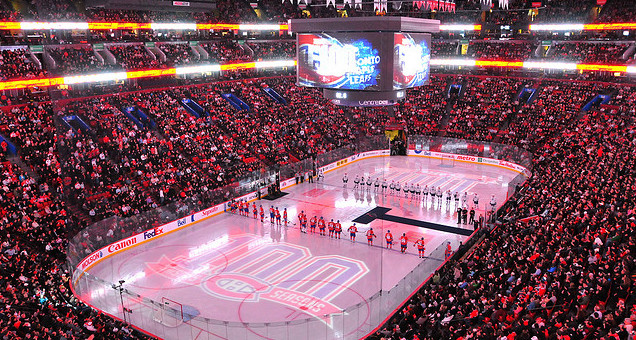 A new season in underway in the National Hockey League, and the word “analytics” has garnered a considerable amount of hype. So far, it seems that no game passes without some mention of the NHL’s new data-driven paradigm. However, analytics in hockey is not a new concept at all.

Analytics is much more than some fancy new metrics. It’s a mindset that has been ingrained in the sport of hockey for decades. In fact, the methods of analysis and decision-making already used by players, coaches, and general managers are transferable to any analytics discipline, digital analytics in particular.

Here are 5 things that digital analysts can learn from the NHL:

1. Assists are just as important as goals

Every hockey player, coach, and fan knows the value of an assist. Most goals would not be possible without teamwork. In fact, the assisting players can often put in more combined effort than the player who scores the goal. And that’s just on the ice. Off-ice, players are assisted by coaches, trainers, and even their own families. As proclaimed in a recent TV commercial, “there’s no such thing as an unassisted goal.”

Web analysts would be smart to adopt this same mantra. In our multi-device, multi-media world, goal conversions are rarely, if ever, due to a single source. Customers may interact with your website and brand in multiple different ways before converting. It doesn’t make sense to attribute goal conversions entirely to the customer’s last point of contact.

If you haven’t already, it’s time to move beyond Last Click Attribution and start understanding your Assisted Conversions. The best way to do this in Google Analytics is by using the Multi-Channel Funnels reports. MCF allows you to see not only which channels are scoring goals, but also which channels are providing the assists.

Hockey coaches, managers, and analysts constantly segment and analyze their team’s stats, asking questions such as:

On the web, it’s equally important to segment and drill down into your data. Looking only at high-level, aggregate metrics can be directional. You have to look deeper to uncover the reasons for why you are winning or losing. Segmentation will help you answer questions like these:

Segmenting your data allows you to better understand your customers, the effectiveness of your marketing campaigns, and the performance of your website.

3. Identify and track both macro and micro-conversions

Every NHL team has one ultimate goal—winning the Stanley Cup. But to reach this goal, there are of course many intermediate objectives along the way:

Even individual goals can be broken down further into smaller milestones:

All of these activities are then measured and analyzed. By tracking these “micro-conversions,” teams can tell whether they are on the right track or whether something is preventing them from reaching their ultimate goal.

No matter what kind of website you manage, you likely have a series of tasks that you want your visitors to complete. If you have an ecommerce site, your macro-conversion goal is likely a completed purchase, and micro-conversions could be viewing products, adding items to cart, and starting the checkout process.

For a non-ecommerce site, your macro-conversion goal could be submitting a contact form or downloading a PDF, and micro-conversions could be viewing a certain page, clicking a button, or reaching thresholds for pages/session or session duration.

Google Analytics allows you to configure up to 20 goals in each view. Use these to track both micro and macro-conversion events. You may also use the Goal Flow report to see how users progress towards your macro-conversion target, or see where they are dropping off along the way.

4. Understand the limitations of your metrics

The NHL has an abundance of stats and metrics, everything from points per game and time on ice to the goals against average and penalty killing percentage. It’s important for coaches and general managers to understand which metrics are useful and in which situation. For example, offensive metrics like goals, assists, and points per game are more useful for evaluating forwards than defenseman. However, certain offensive-minded defenseman may indeed be evaluated on their goal-scoring ability.

There can also be many on-ice interactions that are not captured by the standard metrics. Just because a player didn’t get his name on the score-sheet doesn’t mean that he added no value in the game; He may have won possession of the puck through his physical play, thus leading to a goal being scored. Or perhaps his defensive skills prevented the opposition from scoring.

A good web analytics tool will give you a wealth of data and metrics about your website. But it’s up to you to determine which metrics are relevant and when. For example, a high bounce rate can be a bad sign for your home page, but for an article or announcement, it may be expected that visitors should arrive, read the page, then leave.

It’s important to assess your metrics in the context of a given analysis objective and be careful not to make conclusions beyond the scope of your metrics.

From juggling line combinations to changing goaltenders to running different plays, testing and optimizing is ingrained within the sport of hockey. When a team has two potential starting goalies, the coach may choose to alternate between both over a period of time until a clear #1 arises. Similarly, a star winger may need to try playing with a few different linemates until they start “clicking” together.

The greatest example of testing may occur in the playoffs, where two teams play up to seven games against each other. This presents the best opportunity to test different matchups, power play formations, defensive strategies, etc. If it doesn’t work in one game, the team can switch it up and try again the next game until (hopefully) they win the series.

In the digital marketing world, testing allows you to scientifically choose, for example, the most effective email copy or campaign creative. You don’t have to go to the extreme of testing 41 different shades of blue à la Marissa Mayer at Google. But through testing even two different versions of a landing page and then optimizing based on the results, you can significantly improve your website engagement and conversion rates. There are a variety of tools that can make your testing process more efficient, including Google Content Experiments and Optimizely.

Despite what the commentators say, analytics has always been part of the culture of hockey. And the way that NHL teams use data to drive decisions holds many lessons for digital analysts. So whether you’re a rookie or a seasoned veteran, keep in mind the five points above, and they will help you use analytics to build a winning organization!