A scatterplot is a tried-and-true method for displaying the relationship between two variables. In Google Data Studio, a scatterplot is also a flexible structure for building other types of charts that aren’t natively supported.

With some technical skill and creativity, you can create a variety of charts that wouldn’t otherwise be possible. Data Studio lets you control the position, colour, and size of every data point in a scatterplot. These levers can be used to create specific shapes, highlight distributions, and compare segments of data.

Scatterplots have become a go-to for the ClickInsight team, particularly in our contributions to Makeover Monday. Here are 4 creative ways to “hack” a scatterplot in Data Studio. We hope these examples will inspire you to create your own unique scatterplot visualizations!

A jitter plot (also called a strip plot) makes use of a randomized spread to more effectively visualize a distribution. It’s particularly helpful when many of the data points would overlap if plotted on the same line.

In this example, a random value between -1 to 1 is added to each data point in the original data source. Since Data Studio does not have a “RANDOM” function available to calculated fields, we use the RAND() function in Google Sheets. 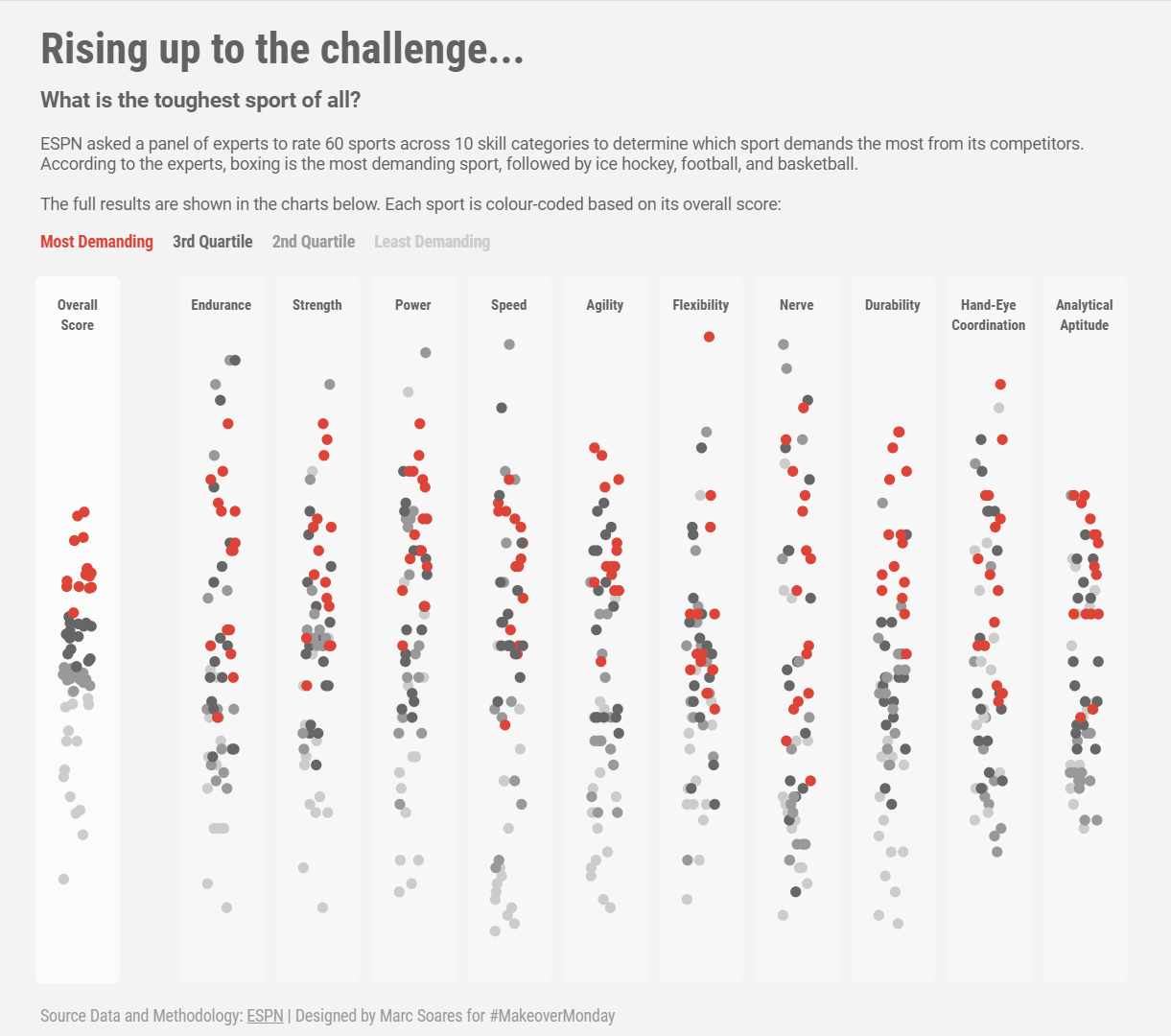 We usually use trend lines to visualize data over time, but it can often be insightful to see that same data overlaid on a calendar. This can make it easier to see patterns across weekdays and weekends and identify anomalies caused by special holidays.

This report plots a data point for every day of the year. The calendar layout is produced by assigning coordinates to each day in a Google Sheet with the original data. 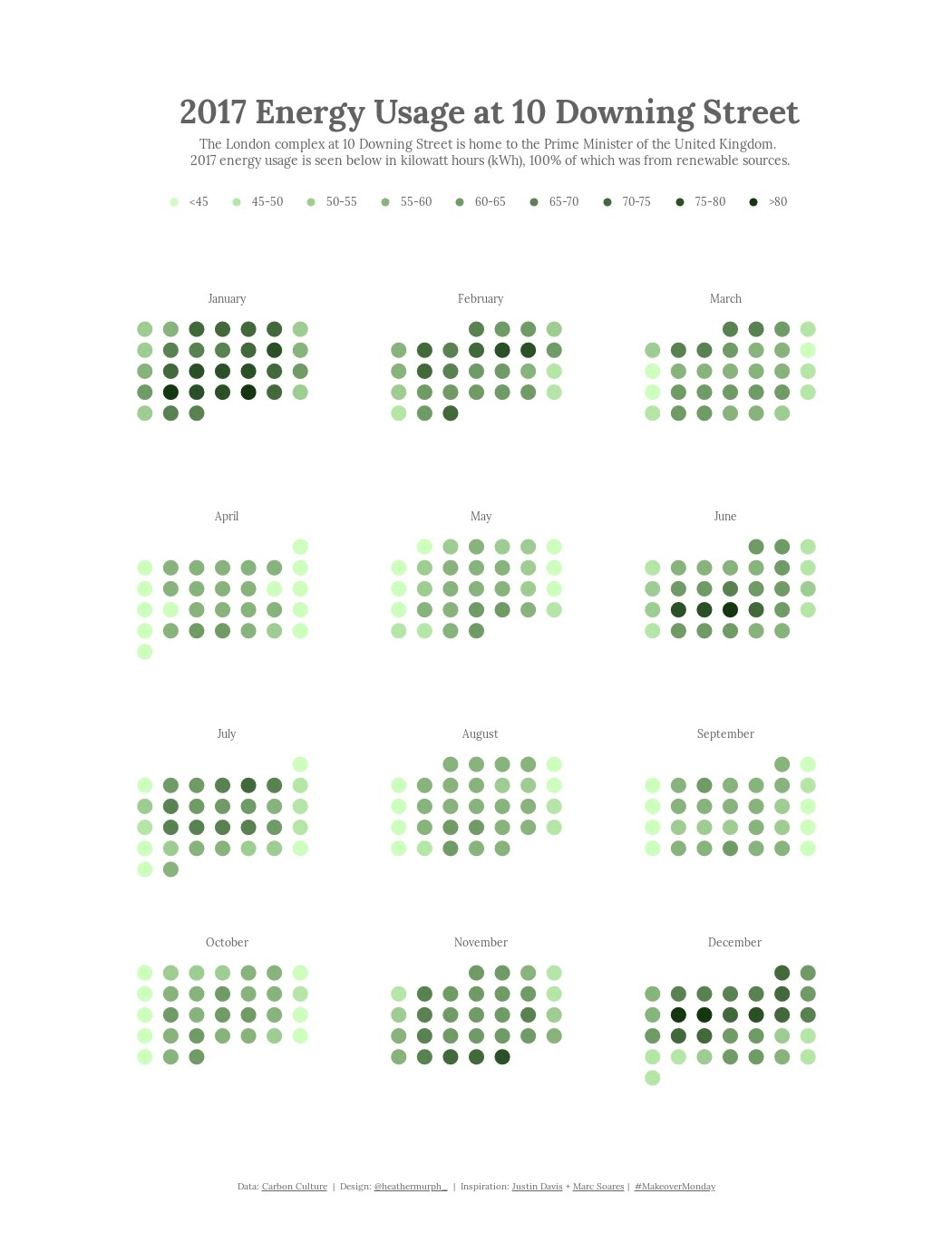 In this example, the comet trail is produced by a series of overlapping data points that gradually increase in size between the start and end points. We generated these extra data points and inserted them into the original data in Google Sheets before connecting to Data Studio. 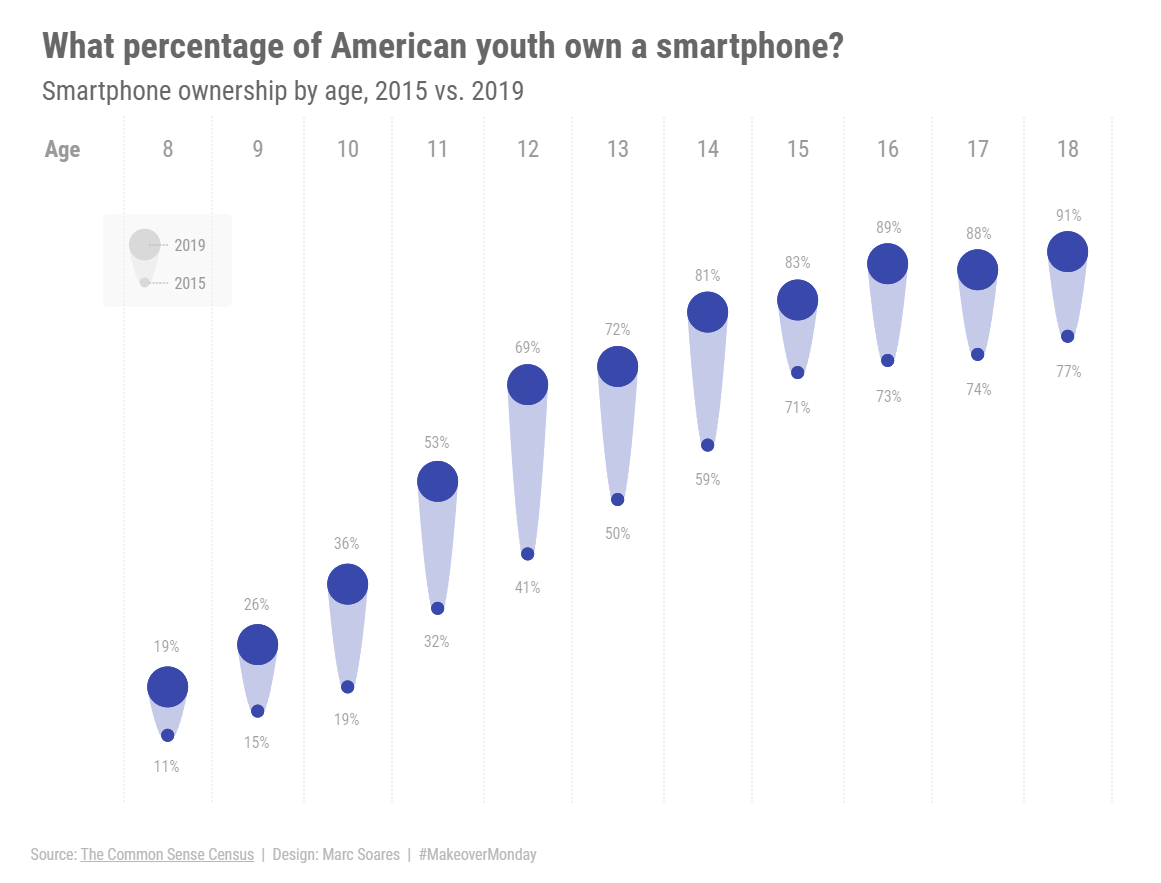 Seat charts are often used to visualize election results and projections. These types of maps can be created by using a data point to represent each individual seat. Getting the seats into the right layout requires some math (see this tutorial by Robert Headington), which can be performed in a Google Sheet. 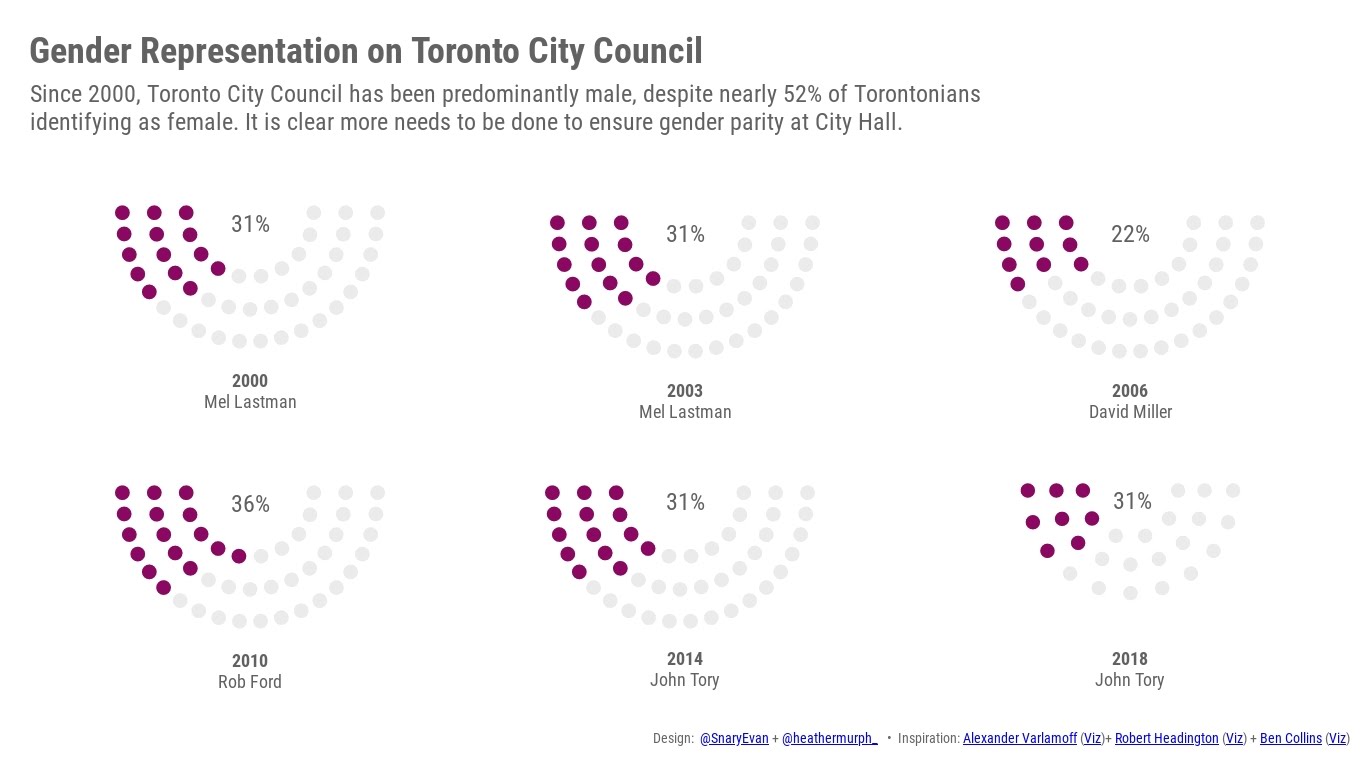